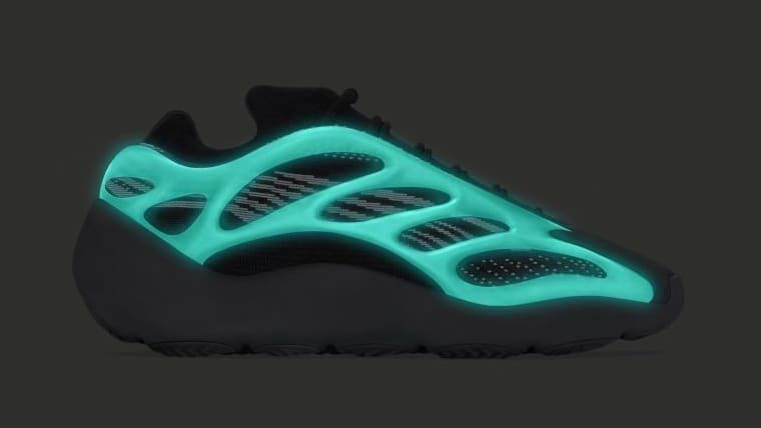 At first, West's latest iteration of the YEEZY footwear model looks awfully similar to the 'Alvah,' which was released in April 2020. It, too consists of dark tones atop a futuristic polyurethane build. Like the 'Alvah,' the shoe's uppers are also made of monofilament mesh covered by an RPU exoskeletal. The major difference, however, is that YEEZY 700 V3's exoskeleton will glow blue – instead of green – when in the dark.

Never one to shy from cross-promotional opportunities, the August release of Kanye's sneaker will coincide with new music from the artist as well as an array of never-before-seen YEEZY apparel.