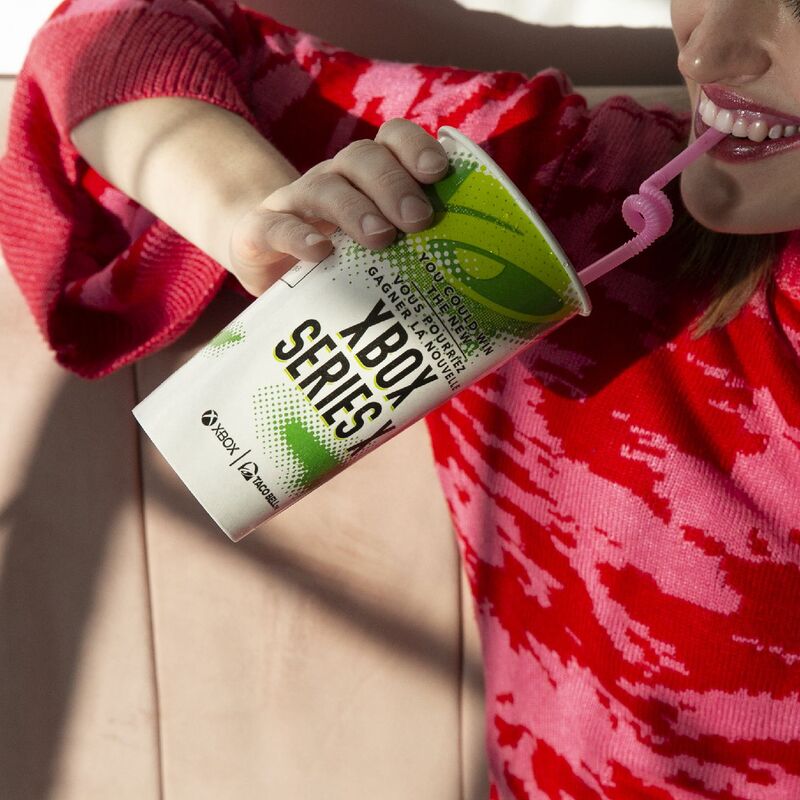 Grace Mahas — January 14, 2021 — Marketing
References: winxboxcanada
Share on Facebook Share on Twitter Share on LinkedIn Share on Pinterest
Taco Bell Canada and Xbox recently joined forces to offer Canadians the chance to win the new Xbox Series X. Starting today until the 28th of February, every 20 oz drink purchased from Taco Bell (via Uber Eats or in-store) will have a code on the cup, which can be entered online for a chance to win an Xbox Series X bundle.

"We know our fans crave an exhilarating gaming experience as much as they do our hottest menu items,” says Kat Garcia, Director of Brand Marketing at Taco Bell Canada. “That’s why we’re thrilled to bring our Xbox partnership to Canada, giving our Canadian fans the chance to get their hands on this highly sought after console.”

In total, the two are giving away 165 Xbox Series X bundles, and one chance each day to play, per person until February 28.
6.5
Score
Popularity
Activity
Freshness
Get the 2021 Trend Report FREE