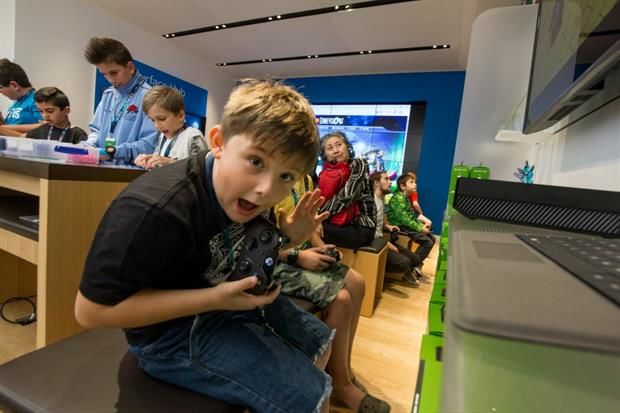 Laura McQuarrie — March 29, 2017 — Tech
References: finder.au & eventmagazine
Share on Facebook Share on Twitter Share on LinkedIn Share on Pinterest
While most retailers choose to spotlight the thrill of video games themselves, Microsoft's flagship store in Sydney, Australia is now launching the 'Xbox Academy' to teach kids game development and other components of gaming that often go overlooked behind the scenes.

The course for high school students ages 14 and up will be running for a short period that coincides with the Eater school holidays. Xbox Academy, which was developed in partnership with Sydney's Academy of Interactive Entertainment, features three classes that cover programming, design and development.

Considering that there is set to be an extremely high demand for computer programming jobs in the future, many toys and workshops for kids are being specifically designed to impart skills that will help with schooling and potentially, even a child's career choice down the line.
3.7
Score
Popularity
Activity
Freshness
View Innovation Webinars