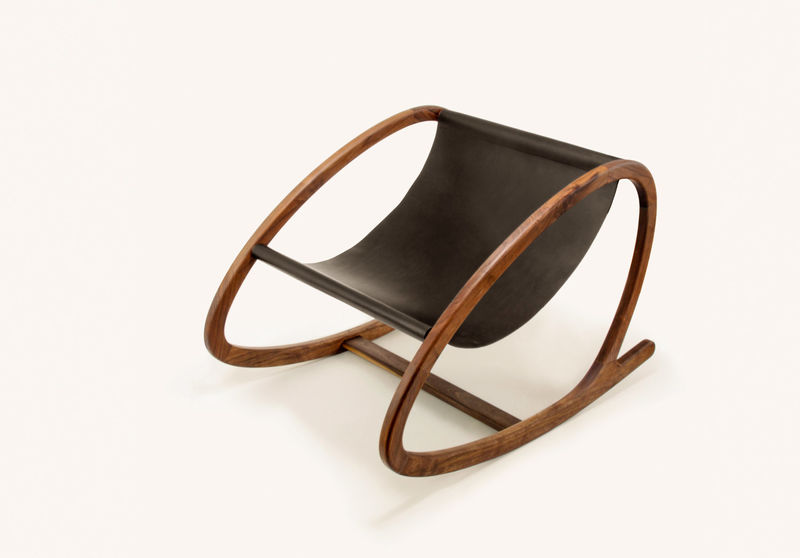 The Wye Rocker is Inspired by Wye Marsh in Southern Ontario

Joey Haar — January 31, 2018 — Art & Design
References: objectsandideas & contemporist
Share on Facebook Share on Twitter Share on LinkedIn Share on Pinterest
There's something about the gentle swaying of a rocking chair that hearkens back to times gone by, but the Wye rocker from Toronto-based design studio Objects & Ideas shows that even such a traditional piece of furniture can benefit from a modern form factor. The chair, which was "inspired by the gentle curves of the Wye Marsh in southern Ontario", according to Objects & Ideas' site, features loop frames and a flowing sling seat that's clearly distinct from the rigid, high backs of the standard rocking chair.

Marshes often get a bad rap when it comes to ecological appreciation, but the biomes are indeed beautiful if one looks closely. Many choose to focus on the mud, but marshes are equally made up of arching bulrushes and soft, cushion-like masses of mosses that dominate the landscape. The Wye rocker is more indebted to the latter than the former.
5.8
Score
Popularity
Activity
Freshness
Jeremy Gutsche Keynote Speaker