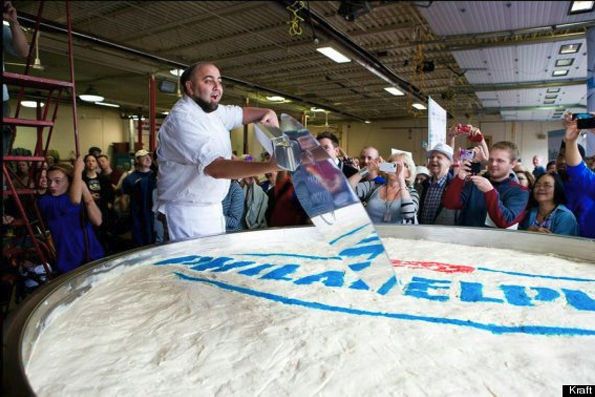 If you can picture that in your head for a second, that comes out to 90.25 inches in diameter and 31 inches deep -- enough to serve 24,533 people. The cake was made by Philadelphia Cream Cheese in Lowville, N.Y. and unveiled by Duff Goldman, who appears frequently on the Food Network. The knife he wielded to cut, or make an indent on the cake, measured almost longer than his entire height.

The previous record for the world's largest cheese was 4,703 pounds. After about the 10,000 people who attended had a slice of the monster cheesecake, the rest was donated to the Lowville Food Pantry and The Watertown Salvation Army Soup Kitchen.
1.3
Score
Popularity
Activity
Freshness
Access Advisory Services