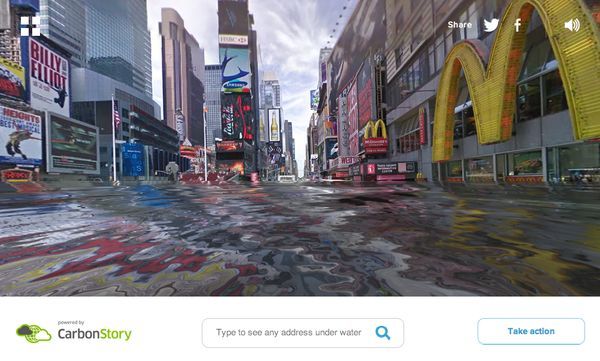 World Under Water highlights several hotspots in the world, including major locations like Times Square in New York City and the Arc de Triomphe in Paris. But on the website for World Under Water, there's also the option to put in any street address, simulating what your own neighborhood or home might look like in the future.

If you'd rather not have to put on a bathing suit and leave your house by water taxi every day, CarbonStory urges people to calculate their carbon footprint, offset it and support one of its green crowdfunding projects.
6.5
Score
Popularity
Activity
Freshness
Get Better and Faster