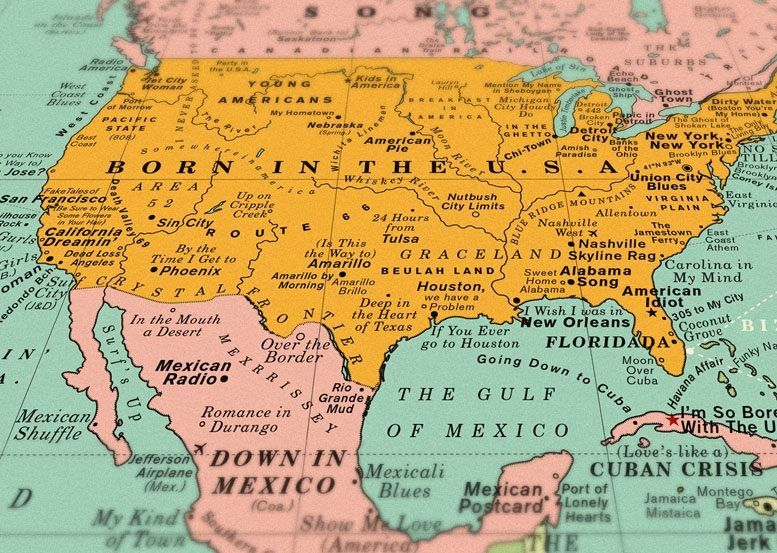 Joey Haar — November 17, 2016 — Art & Design
References: wearedorothy & wired
Share on Facebook Share on Twitter Share on LinkedIn Share on Pinterest
'World Song Map,' a creative piece of decoration from London design studio Dorothy, is a musical response to geography buffs bragging about which capitals they know. The map is an accurate projection of geographical formations, but it replaces every single place name with a reference to a song.

The song references on World Song Map are sometimes bluntly literal. For instance, the point for New York City is title 'New York, New York,' after the famous Frank Sinatra tune, and Warsaw is called 'Warsaw' for the Joy Division track. Others are more poetic or playful, however, such as Gibraltar being labelled 'I am a Rock' after Simon and Garfunkel or Siberia's label of 'Pretty Vacant (No Fun)' by the Sex Pistols.

The map is available in a pastel version and a special lithograph version.
6.7
Score
Popularity
Activity
Freshness
View Innovation Webinars