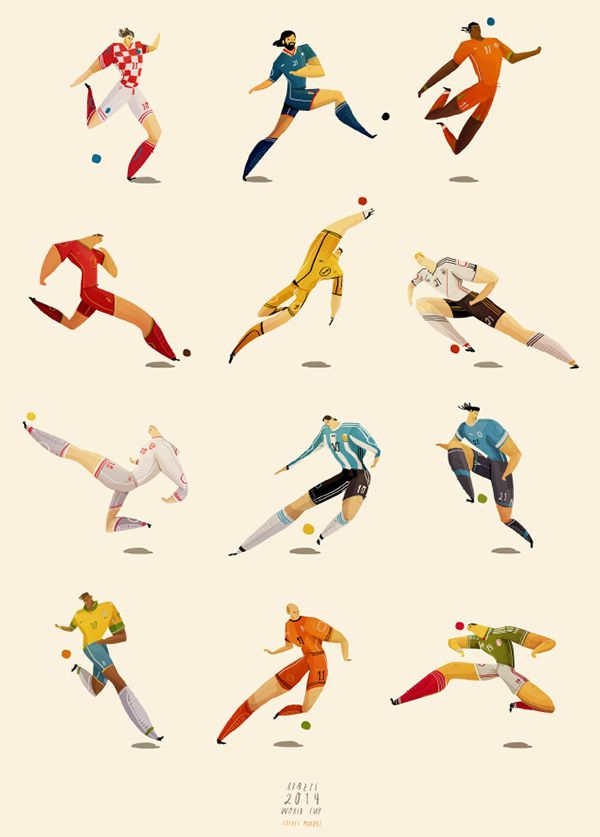 Megan Facciuolo — June 19, 2014 — Lifestyle
References: facebook & designtaxi
Freelance illustrator Rafael Mayani drew up a series of World Cup illustrations that depict his favorite soccer players. In homage to the FIFA World Cup currently going on in Brazil, the series features both current players and past players of the football tournament.

Although Mayani is from Mexico City, his favorite soccer players are from teams all over the world. For example, he illustrated Didier Drogba who currently represents the Ivory Coast, Christiano Ronaldo of Portugal and Frank Ribery of France.

Each player is illustrated wearing a jersey that coincides with the actual one they wore the year they played in the tournament. Their skills are also portrayed by the way he illustrated their bodies. For example, Ribery is an amazing kicker, so he is shown with an elongated leg stretching towards a ball.
2.7
Score
Popularity
Activity
Freshness