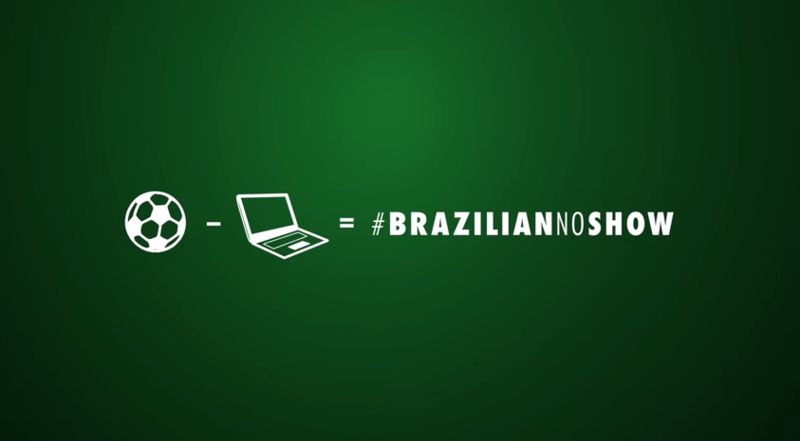 Laura McQuarrie — June 28, 2014 — Marketing
References: heinekenusa & prexamples
Share on Facebook Share on Twitter Share on LinkedIn Share on Pinterest
Most parts of North America are pretty lucky this year because there's not too much of a time difference between Brazil, where the 2014 FIFA World Cup games are going on—but instead of going on overnight, the games go on during the day, making many people tempted to watch the World Cup at work.

To address this issue, Heineken USA is staging the #BrazilianNoShow challenge, asking American bosses to pick a game day and let its employees watch the match. As Nuno Teles, the CMO of Heineken USA describes, by deciding to take part in the challenge and making it official with a tweet to @heineken_us, Heineken may decide to sponsor the event and make the time off work even more enjoyable by providing chilled beers to watch with the game.
2.6
Score
Popularity
Activity
Freshness
Get Trend Hunter Dashboard