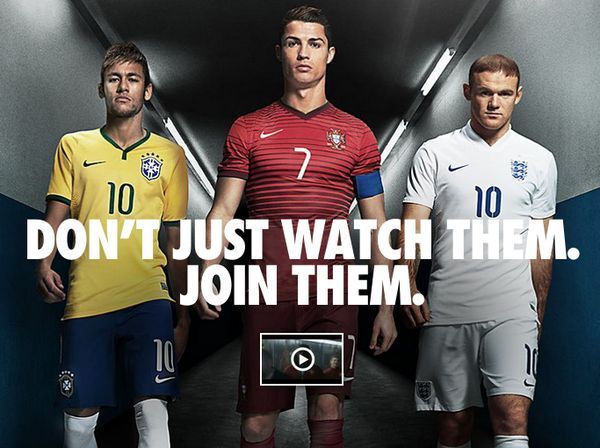 The inspiring and motivational Nike advertisement takes us on a unique first-hand journey within the lives of three young and promising stars in football today; Cristiano Ronaldo, Neymar Jr., and Wayne Rooney, all representing Nike respectively. The advertisement shows each of the three on their way to their games, and the media, pressure, and high expectations that surrounds them each day. Each player is featured wearing their new Nike Football uniforms for the 2014 World Cup, and each of their approaches to preparation, leading up to the second where they step onto the pitch with the fiery and ecstatic crowd before them.

Nike Football gets football enthusiasts inspired and ready for what is going to be a truly star-studded, competitive and unifying world event.
4
Score
Popularity
Activity
Freshness
Get the 2021 Trend Report FREE