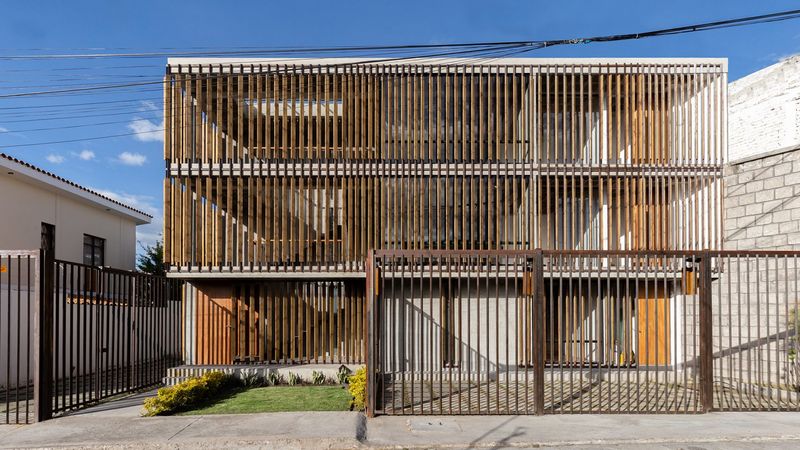 Kalina Nedelcheva — May 28, 2019 — Art & Design
References: ramaestudioec & dezeen
Share on Facebook Share on Twitter Share on LinkedIn Share on Pinterest
The wooden shutters of this building block in the neighborhood of San Antonio in Ambato, Ecuador overwhelm with an interesting aesthetic, however, in designing the building, Rama Estudio had a specific goal in mind. The architectural practice facilitated the appearance of the structure to not only answer stylistic cues but also to "improve the area's street life." As a result, the wooden shutter facade is installed "to encourage interactions between residents and passersby."

A city's character is strongly tied to the exuberance and demonstration of life on communal streets. Despite the concentration of people who live in them, building block and complexes have the possibility to actually alienate people. As a result, the introduction of a slanted facade might offer a way to soften the blow and even contribute to the issue.