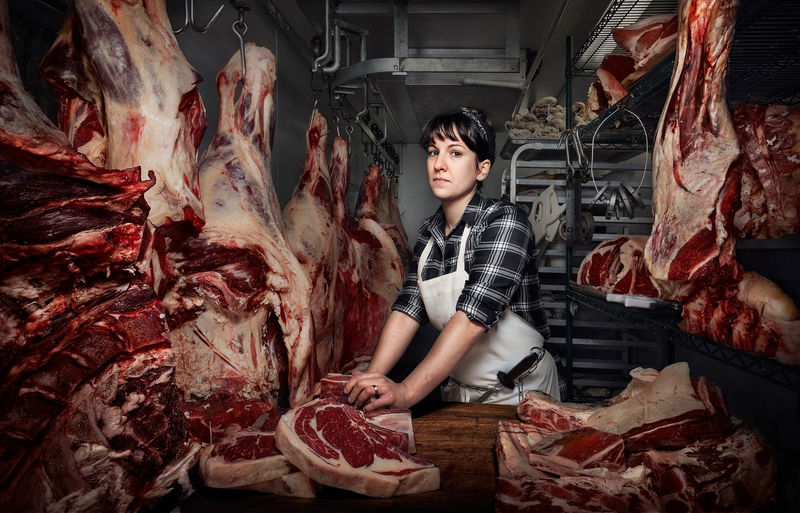 'Women's Work' is a Series That Shows Subjects in Their Occupations

Mishal Omar — January 24, 2017 — Art & Design
References: aphotoeditor & fstoppers
'Women's Work' is a photography series that was created by Chris Crisman to show women in occupations and industries that have traditionally been dominated by men.

The powerful series of photos came about when Crisman decided that he wanted to show his children that their dreams have no limits and that they are supported in whatever jobs and lives they choose to pursue. The photos reveal women in occupations that tend to be dominated by men, including firefighters, butchers, brewers, property developers, farmers, woodworkers, lobster fishers, taxidermists, haul truck drivers, mill operators, leach pad operators, and senior geologists.

This series flips the often degrading term "women's work" on its head, showing that women can and should be represented in all industries.
6.9
Score
Popularity
Activity
Freshness