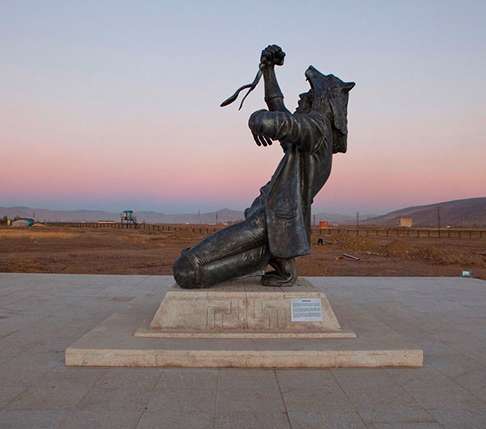 The Wolf Within Statue is Stands Between Man and Art

Jordy E — March 6, 2013 — Art & Design
References: failesites.net & mymodernmet
Share on Facebook Share on Twitter Share on LinkedIn Share on Pinterest
The Wolf Within statue was developed by artists Patrick McNeil and Patrick Miller. Both McNeil and Miller are members of Brooklyn's FAILE group, an artists collective. The structure, which displays the intersection between man and beast, is currently on display at Mongolia's National Garden Park.

This half-man-half-wolf piece came of discussions on the 2008 financial meltdown. McNeil and Miller wished to illustrate the industry's evident imbalance, "For Western audiences, Wolf Within was a vivid illustration that the bull-market couldn’t last forever, and a world out of balance can only sustain itself for so long."

FAILED teamed up with Tiger Translate during the production of Wolf Within. The program works to merge Eastern and Western artists, hence this collaboration.
2.4
Score
Popularity
Activity
Freshness
Jeremy Gutsche Keynote Speaker