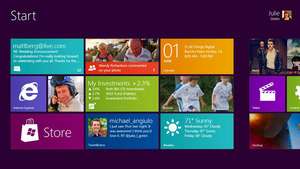 Microsoft Plans to “Re-Imagine” Their OS With Wind

Omar Yusuf — August 21, 2011 — Tech
References: windows.microsoft & social.msdn.microsoft
Expected next year, Windows 8 represents the newest iteration in the ever-evolving world of Microsoft operating systems. This new endeavor, expected to see a commercial launch next year, is particularly ambitious and hopes to reinvent the brand of software.

Platform-diehards, pay attention! The Microsoft developers blog has let slip many of the benchmarks and standards the team hopes to meet while designing their newest project, Windows 8. Steven Sinofsky of the dev team explains, “Windows 8 reimagines Windows. That’s a big statement and one that we will return to throughout this blog.” That’s some very aspirational rhetoric for Microsoft, a company known for its marketing subtly.

All of the most recent products from the computer and tech giant have innovated in the realms of user-interface and customization. So logic—and a press video revealed in June—point to a more Mac-like customer experience.
0.4
Score
Popularity
Activity
Freshness

Computer-Branded Cell Phones
Is a Microsoft Smartphone Just Talk, Or is Bill Gates On the Line?