Will Microsoft's Wallop be the new MySpace? 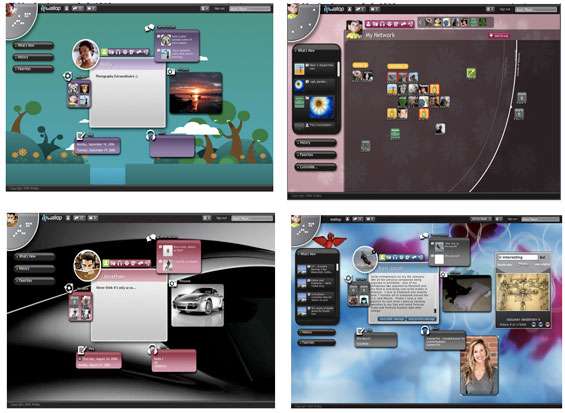 bobbylane — February 28, 2007 — Business
References: wallop & research.microsoft
Share on Facebook Share on Twitter Share on LinkedIn Share on Pinterest
In an effort to compete with the Facebook, Friendsters, Orkuts, Xangas, Hi5s, and MySpace of the world, Microsoft is launching its own Social Computing Group (SCG) called Wallop. Predicatably, Wallop is not only a free blogging and social networking site, but also offers unlimited space for sharing media such as music, photos, and videos.

Unlike Facebook and MySpace however, Wallop does not feature any advertisements. Instead users will be able to buy and sell "self-expression" accents, such as music, widgets, avatars, etcetera, from Wallop's flash designers (called Modders). Eventually, Wallop will be capable of supporting an auction platform for expanded "self-expression merchandise," such as clothing and furniture. Wallop will take a 30% cut of all "microtransactions," flash-based or not, with the remainder going to the seller. A limited beta version of Wallop was made available to a select group of users in October of last year, and current membership is on an "Invite Only" basis. Wallop is expected to roll out to the public in the near future.

As a Facebook*/MySpace junkie myself, my initial reaction to Wallop was so eloquently summed up in: "Yeah, okay." It appeared that Microsoft was just trying to get in on "the next big thing" (about five years too late), as opposed to actually addressing a significant opportunity or market need. However, after perusing Microsoft's research (see source below), I found out that Microsoft's development team has taken great lengths to study the way that ACTUAL people network, interact, think, and consume media, as opposed to a model revolving more around innovative web development. The research team applied these these human insights into the design of Wallop, so presumably it should perform head and shoulders over the competition in terms of personal mapping, media integration, file sharing, and relevant customization. And the screenshots you see below seem to confirm this, with an intriguing visual language to boot. In other words, it looks pretty cool. A quick Google search discovered that the current beta users have nothing but good things to say about WallopBeta, and they are actively taking advantage of the site's "Invite Only" membership. The no-ad feature is interesting as well, although I'm not sure that this would be a significant enough benefit to make me switch from my current MySpace account. I am probably biased though because I fear that I may have fallen in love with the model in the True.com banner that appears whenever I post a comment. (If you're reading this, naughty model, I'm at Proud2bOrange@aol.com. Let's make things happen.) Also, I may need further convincing to see myself purchasing these "self-expression" flash accents from Wallop's Modders. I have difficulty with the idea of paying a flash designer if only to make my monkey avatar do the electric slide when you click on it. On second thought, re-reading that sentence may have just changed my mind.

*I've poked more people than Britney Spears. On Facebook, that is.