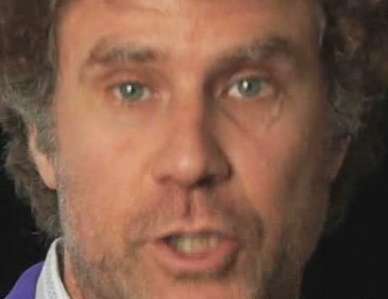 Bianca — January 17, 2008 — Pop Culture
References: funnyordie
Share on Facebook Share on Twitter Share on LinkedIn Share on Pinterest
Will Ferrell continues to use the internet to leverage his personal brand. A little while ago we mentioned he was posting his own videos on YouTube to supplement the TV shows and movies he's become famous for, and now he's trying his own hand at creating a viral contest online.

As part of the Funny or Die Comedy Tour, Will is offering the college that installs the most FunnyOrDie Facebook applications a hammerhead shark. Yes, really, a blood-thirsty predator of the sea... only it's fake, and it's stuffed, but still, it's from Will Ferrell, so who cares? He says *maybe* he'll even sign it.

Check out his video pitch below the following past trends on Will Ferrell.