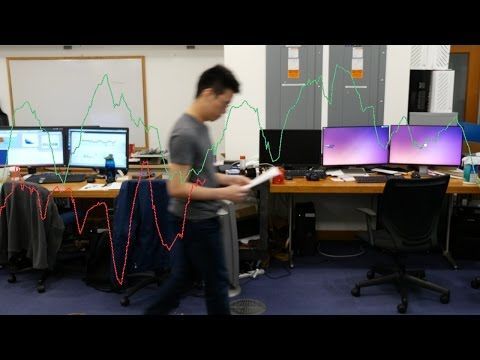 The 'Wigait' App Measures How Users Walk to Monitor Their Health

Ellen Smith — May 2, 2017 — Tech
References: networkworld & mashable
Share on Facebook Share on Twitter Share on LinkedIn Share on Pinterest
The newly released 'Wigait' app aims to measure health problems by monitoring and tracking the manner in which someone walks, as well as their gait. Wigait is a device which hangs from users' walls, and works by emitting a tiny wireless signal that bounces off their body as they walk around their home. Going one step further than a Fitbit, or step counter, this device works by explaining the difference between a good step, and a bad step.

Monitoring and identifying differences in strides can be central in detecting illnesses such as Parkinson's disease, which has a profound impact on one's gait. Researchers also believe that this device can detect other illnesses like anxiety, and depression disorders. Because of this, they hope to continue researching the app's full impact by identifying how it may affect the medical world at large.
2.8
Score
Popularity
Activity
Freshness
Access Advisory Services