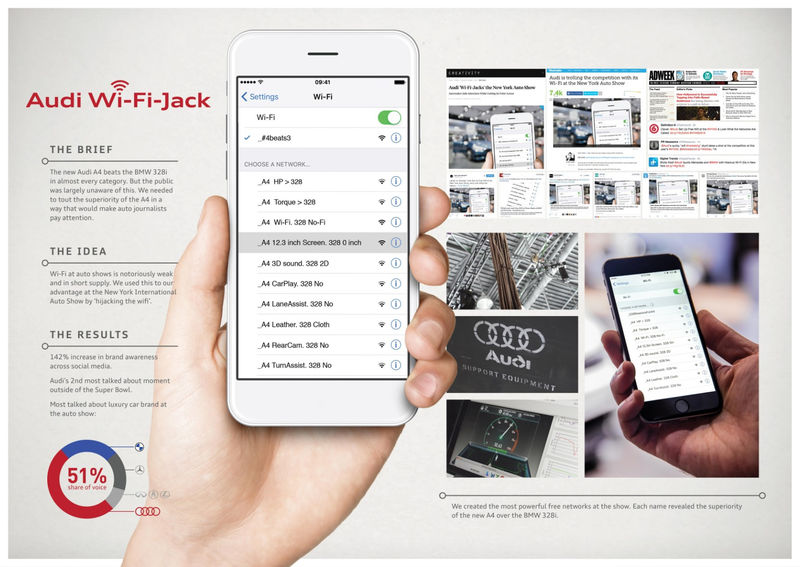 Since Wi-Fi is often in short supply at large-scale public events, Audi took it upon itself to provide access to the Internet and deliver messages to the event-goers within the network names. In the names of Wi-Fi networks, Audi created seemingly cryptic, yet informative statements about the two cars that would catch the eyes of car journalists, such as: "_A4 3D sound. 328 2D" and "_A4 Leather. 328 Cloth."

According to the MUH-TAY-ZIK agency, which was responsible for executing this stunt, the cleverly named Wi-Fi networks resulted in a 142% increase in brand awareness on social media and Audi was the most talked about luxury car at the New York International Auto Show.