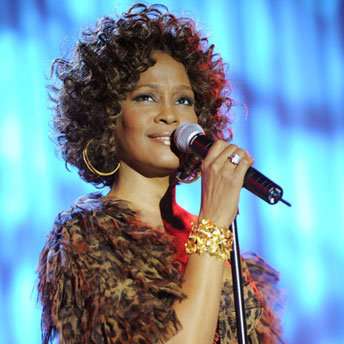 Marissa Brassfield — February 8, 2009 — Pop Culture
References: rollingstone & huffingtonpost
Share on Facebook Share on Twitter Share on LinkedIn Share on Pinterest
Last night, Clive Davis held an exclusive pre-Grammy bash for some of the music industry’s biggest heavy hitters, but the star of the night was Whitney Houston. We’ve seen her public on-and-off romance with Bobby Brown, watched the star crumble onstage and botch performances she should have nailed. We even learned about her drug addiction and battle for sobriety.

All of these personal setbacks were long forgotten as Whitney Houston ended the evening with a mini-performance as the grand finale for Clive Davis’ pre-Grammy party. In front of an audience that contained Jamie Foxx, Jennifer Hudson, Fantasia Barrino, Katy Perry, Barry Manilow, Prince, Rod Stewart, Chris Brown, and Rihanna, Houston belted out three of four of her best-beloved songs.

Jamie Foxx recorded the mini-set on his digital camera, and was so enthralled with Whitney Houston’s performance that according to Rolling Stone, he exclaimed, “She killed it. We gotta get this up on YouTube!” We’re still waiting for Foxx to upload his video of the performance.
2.6
Score
Popularity
Activity
Freshness
View Innovation Webinars