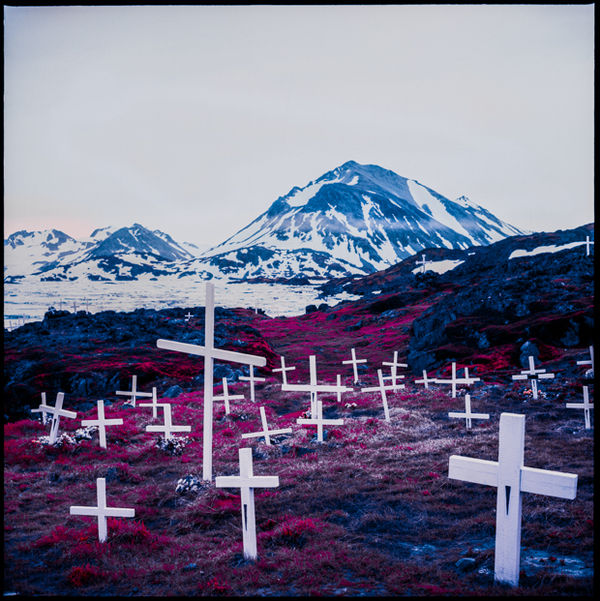 The NYC-based photographer Daniel Zvereff was inspired by the infrared work of Richard Mosse and decided to start using the last remaining stock of expired Kodak Aerochrome film to capture the short Arctic summer. Shooting with this older film gives the images such character and an almost-epic feel with all the fuchsia, crimson and lavender tones.

“The Arctic will essentially be the next frontier for mining natural resources, and with a warming climate it’s safe to say it will soon be transformed as we know it, forever. It only seemed appropriate to photograph its incredible natural beauty using a film that is no longer in existence,” says Zvereff about his whimsical landscape photography series.