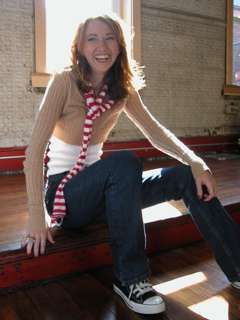 The New Generation's Expectation of Fame

buzztina — December 10, 2006 — Lifestyle
References: buzzmg
Share on Facebook Share on Twitter Share on LinkedIn Share on Pinterest
Wharholism is a trend I've been studying for several months now. I believe that our youth are a generation who believe that they will indeed have their 15 minutes of fame. Reality TV, print ad campaigns, and even Myspace have all played their part in making this possible. And let's not forget the influence of that big Wharlostic giant known as MTV, which launched reality tv as we know it. This psychographic trend is really going to shape the way youth consume products, services, and many other things. While they're still looking for inspiration from outside resources, they're very aware of themselves and what they have the potential to do. They also feel entitled to certain things because they feel they could (or should) be famous. We haven't yet seen how this will totally manifest itself, but I'm predicting less members of this generation as blue collar workers and many more entrepreneurs.
2.7
Score
Popularity
Activity
Freshness
Get Trend Hunter Dashboard