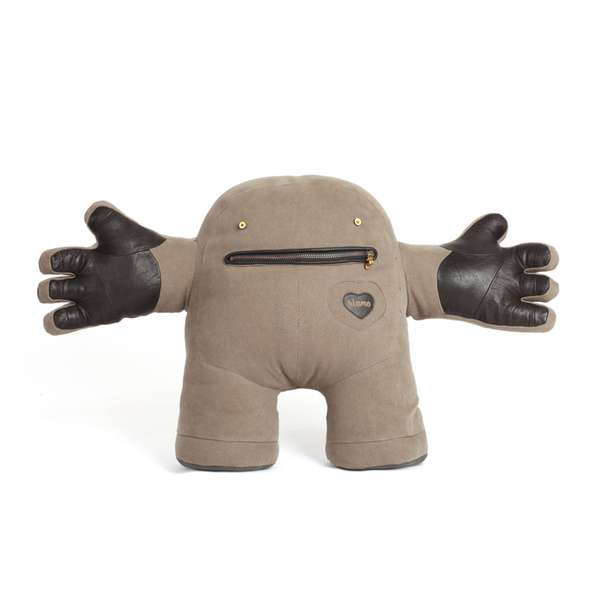 The ‘WHAM BLAM BLAMO' Line of Toys is Endear

The Blamo family has developed a second series in their line of toys titled WHAM BLAM BLAMO. Each character is cuddly, in a sweet misfit kind of way. The creatures are all named and handcrafted by the Blamo family. Naturally, each toy has their own given personality and implicated characteristics. For example, Blamo’s site describes their Eskimo skeleton toy: “Knuckles is a famous street fighter. Legend has it that during a friendly street brawl in the Greatest Storm of the Century there was a white out and he landed himself a gold tooth.”

Though goofy and playful, these toys are crafted with the finest of detailing. The artists combine a long list of materials, including woods, brass, paints and cloth. Beyond a plaything, these creatures are sculptural works of art. This is reflected in the somewhat luxury pricing.