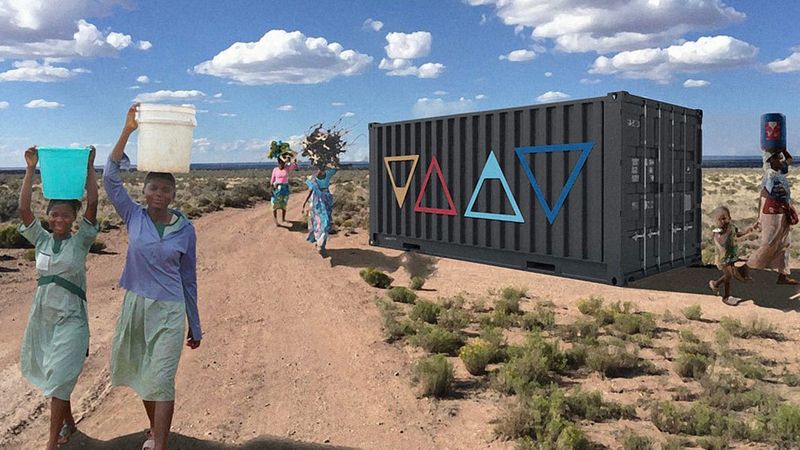 Justin Lam — October 22, 2018 — Eco
References: water.xprize.org & fastcompany
Known as WEDEW (Wood-to-Energy Deployed Water) this new system aims to provide water to certain communities by extracting 2,000 liters of water a day from the atmosphere. Designed by Skysource/Skywater Alliance, this new water solution recently won the $1.5 million in the Water Abundance XPrize, which launched in 2016.

WEDEW works by employing two existing systems to produce water at about 2¢ a liter. Housed inside a large shipping container, the first system used is a device called Skywater. This system mimics cloud formation as it takes in warm air, which hits cold air and forms droplets of condensation. This water is stored in a tank outside the container and can be connected to a bottle refill station or a tap.

The WEDEW system is already being used in some communities and the team behind it hopes to use the prize money to develop more systems and roll them out around the world.
8.2
Score
Popularity
Activity
Freshness