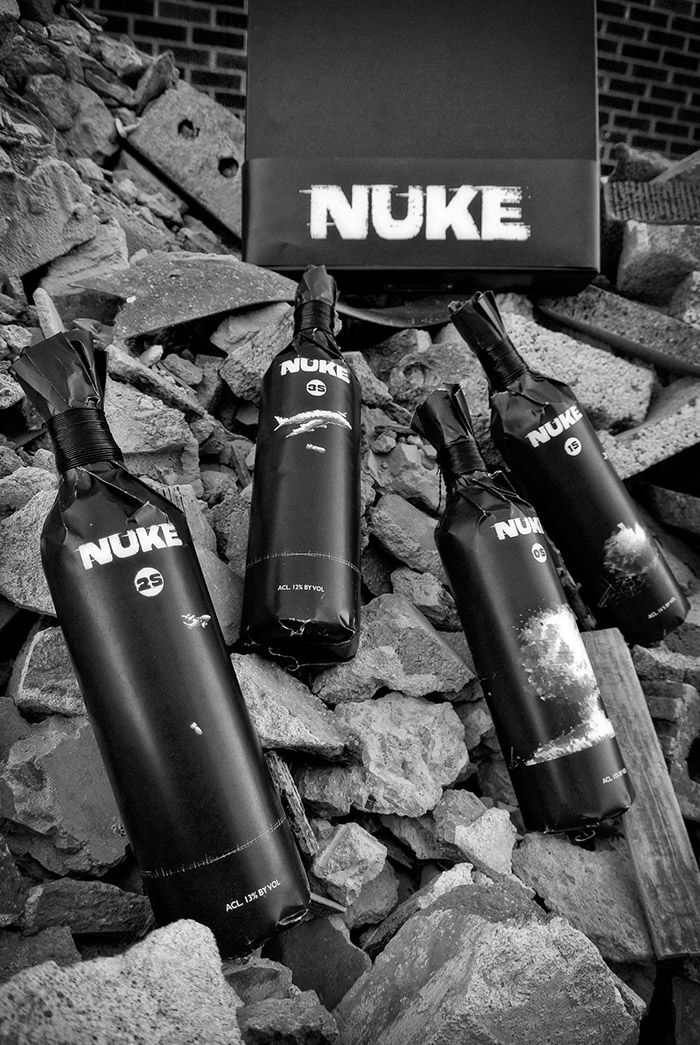 The average-sized wine bottles are wrapped in crude, yet elegant black paper. The paper reaches just above the neck of the bottle and is tied together around the neck to resembling a gift-wrapped bottle.

There are four varieties of the war-themed wines, which are all labeled according to the strength of their content. In order to easily differentiate between the bottles, the labels use explosives. For example, the strongest wine is labeled with an explosive mushroom cloud, while the weaker wine is labeled with a small airplane dropping a bomb. The wines reference war and bombing, however, the idea is to encourage people to relax and unwind no matter how stressful their lives may seem.
1.6
Score
Popularity
Activity
Freshness
Jeremy Gutsche Keynote Speaker