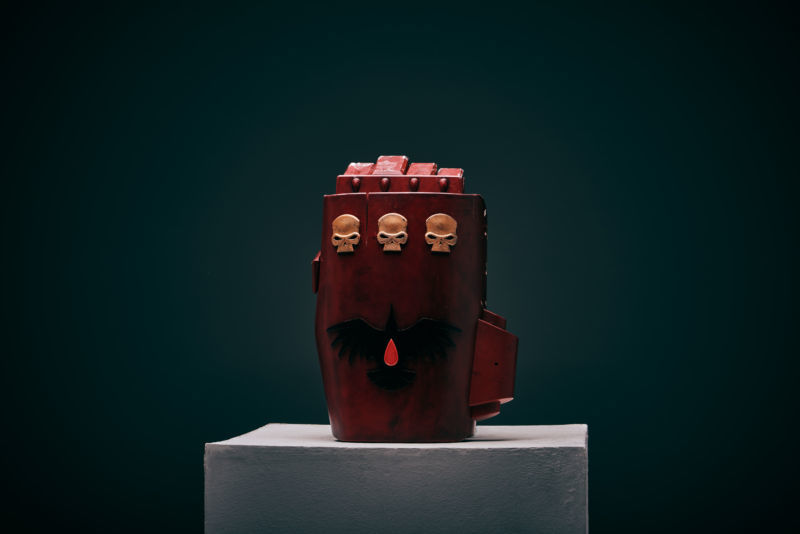 Sega Built a Real Power Fist Ahead of the Release of 'Warhammer: 40,000'

Joey Haar — April 25, 2017 — Tech
References: arstechnica
Share on Facebook Share on Twitter Share on LinkedIn Share on Pinterest
Warhammer: 40,000, the upcoming installation in Sega's eponymous strategy game franchise, has taken an interesting route in its PR circuit. While Sega is of course opting for standard advance copies of the game and press images, the video game company has also opted for a more experiential product. The game, which takes place in the 41st millennium, features extravagant weaponry, and Sega created one of those weapons in real life.

In the narrative of Warhammer: 40,000, the Power Fist or Power Glove is a hand-worn, hammer-like device that uses hydraulics to smash through tanks. Though the real world Power Fist likely couldn't break through a tank's armor, the 9.6 kilogram pneumatic fist shoots from the wrist housing at 520mm per second with a maximum force of 3,388 newtons — significantly greater than the average professional heavyweight's punching power.
2.9
Score
Popularity
Activity
Freshness
Get Better and Faster