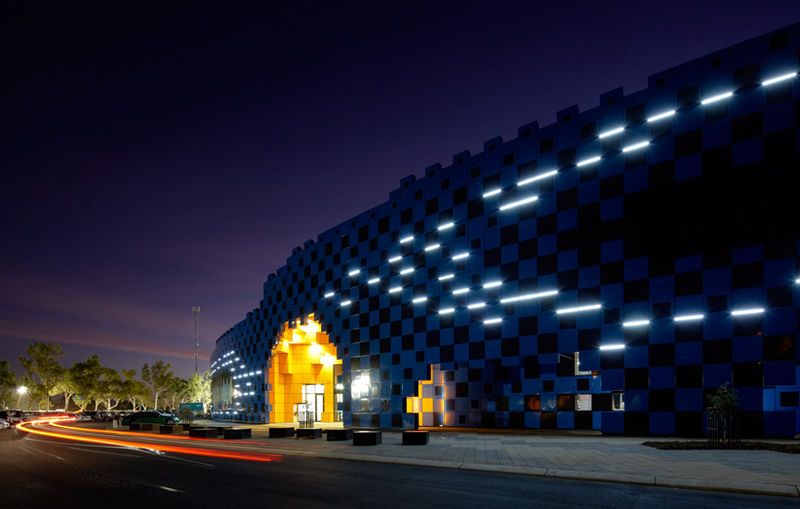 The Wanangkura Stadium Has a Computer Generated Appearance

Michael Hemsworth — April 4, 2013 — Art & Design
References: a-r-m.au & sweet-station
Share on Facebook Share on Twitter Share on LinkedIn Share on Pinterest
I'm a huge fan of the film Tron, which mostly takes in a computerized environment and that's probably a contributing factor as to why I like the Wanangkura Stadium by ARM Architecture so much. The structure looks like it's computer generated because of a boxy, pixelated appearance that makes it look beyond futuristic and overtly cool.

The Wanangkura Stadium features a plethora of space inside that's ready for a game of squash, football or anything else you might think of because of a multitude of different spaces for sporting events. Located in South Hedland in Australia, the Wanangkura Stadium features a series of outdoor fields as well, which makes use of not only the surrounding area, but also the warm weather.
1.5
Score
Popularity
Activity
Freshness
Attend Future Festival