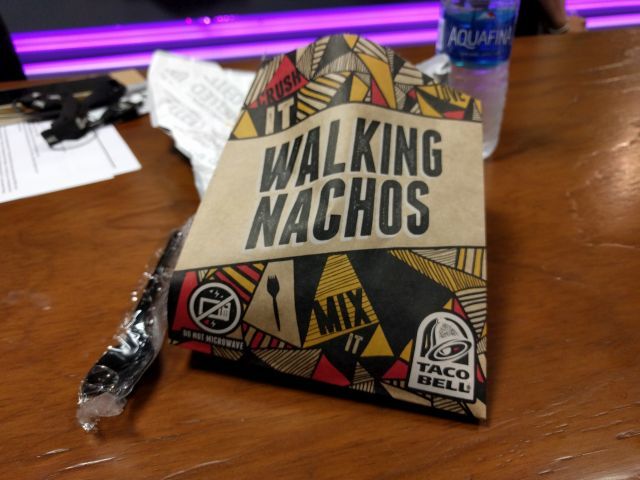 Katherine Pendrill — July 29, 2016 — Lifestyle
References: brandeating
Share on Facebook Share on Twitter Share on LinkedIn Share on Pinterest
Continuing to cater to the growing demand for more portable snack foods, Taco Bell is set to begin testing its new Walking Nachos in Charlotte, North Carolina. Although the idea of serving nachos in a single-serve bag is nothing new, the concept has largely been a DIY dish for many consumers. Now Taco Bell wants to popularize the concept by releasing its own version of nachos in a bag.

Set to begin testing in August, Taco Bell's Walking Nachos made their official debut at a recent media event. The dish consists of specially made tortilla chips that are lightly seasoned and bite-sized for easy on-the-go snacking. The chips are then topped with a shredded three-cheese blend, seasoned ground beef, nacho cheese, guacamole, pico de gallo and sour cream. The dish is then served in a handy upright bag for handheld dining.
2.5
Score
Popularity
Activity
Freshness
Get Better and Faster