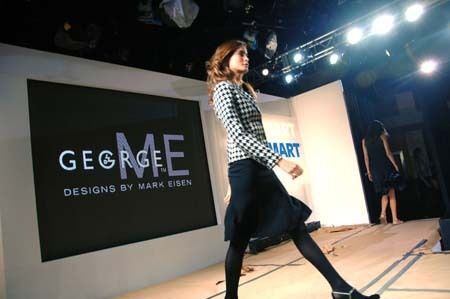 From the NY Times:
What may turn out to have been the most significant runway show of New York Fashion Week had no celebrity front row, was created mostly by anonymous designers, generated little industry buzz and took place on a rooftop above Times Square before the official Olympus Fashion Week had even begun.
Defying the convention of showing next year's clothing now, Wal-Mart's Rock the Runway event on Thursday presented 27 outfits appropriate to the current season and with a top retail price of $98.94, for a leather jacket.

New York still makes legitimate claim to the title of fashion's capital, an assertion borne out by the 200 or more shows that will be staged here through Friday in warehouses, theaters, clubs, deconsecrated synagogues, boutiques and, of course, the Bryant Park tents.

But the realities of the marketplace increasingly suggest that the role the city plays in fashion may be quietly shifting from creative incubator to stage set for marketing hype. (NEW YORK TIMES)