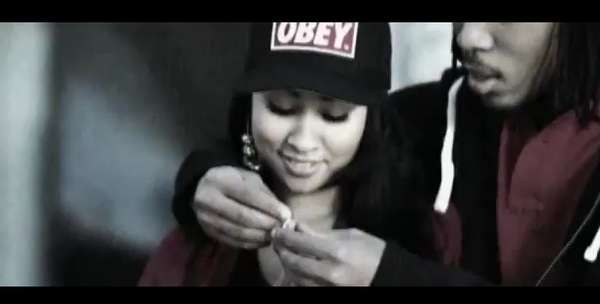 Souzan Michael — February 27, 2012 — Naughty
References: youtube & rap-up
Share on Facebook Share on Twitter Share on LinkedIn Share on Pinterest
Months after the song was released, fans will be happy to know that the Waka Flocka 'Round of Applause' music video is finally out. The song and video feature Canadian rapper Drake, who lets Waka Flocka shine as he takes the backseat in these scenes. The video is centered around Flocka losing his girlfriend to a strip club, as she gets caught up with the wrong people and soon becomes a "fixture of the underworld." In one of the scenes, a dancer behind Waka dances with a dress that blends into the wall, creating a trompe l'oeil effect.

Unfortunately, the video ends with 'To Be Continued,' but thankfully for fans, that means that part two is on the way.
1.7
Score
Popularity
Activity
Freshness
Jeremy Gutsche Keynote Speaker