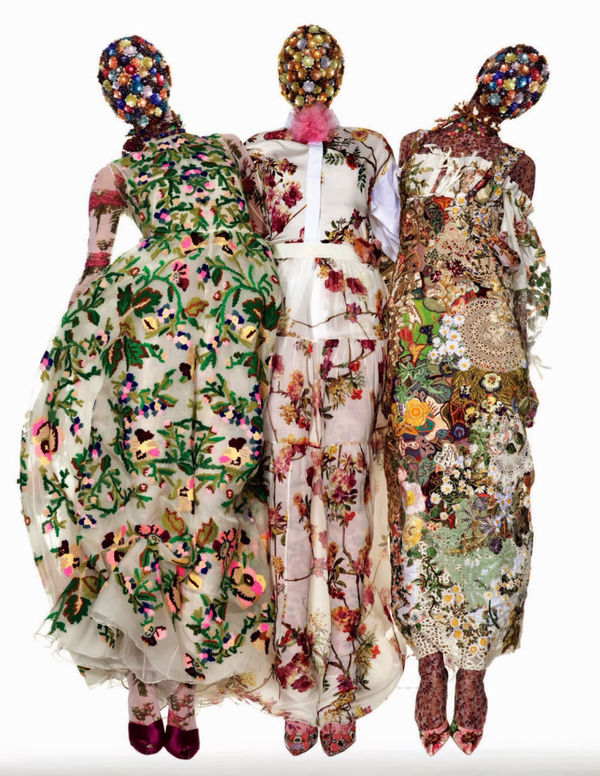 Not a limb goes uncovered without a pretty petal or vine growing upon it. The girls can't even bat their precious eyelashes because they're covered with blinged-out, floral-themed head cages. Despite the fact that they're completely unrecognizable, the girls who lent their leggy bodies to the spread were Katrin Thormann, Marina Krtinic, Maria Flvia and Suzanne Diaz.

Though these looks aren't really street-wear appropriate, fashion lovers can still get some ideas for spring. In fact, the W magazine January 2014 issue will have you lusting for the season right now.