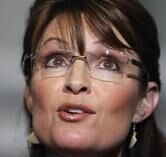 Is TV in Sarah Palin's Future?

Reuters reported that some Hollywood bigwigs are actually brainstorming possible shows for Palin if and when she is through with politics. The ideas range from a stint as a talk show host to perhaps cable news, radio or a combination of the two.

Love her or hate her, Palin definitely has on-air charisma, as proven by the double-digit ratings when she appeared on ‘Saturday Night Live’ and ‘CBS Evening News.’ Insiders are discussing possible formats to take advantage of her appeal, in case they get the chance.

Whether Sarah Palin is actually even interested in a showbiz career, however, has not been determined.
1.2
Score
Popularity
Activity
Freshness
Access Advisory Services