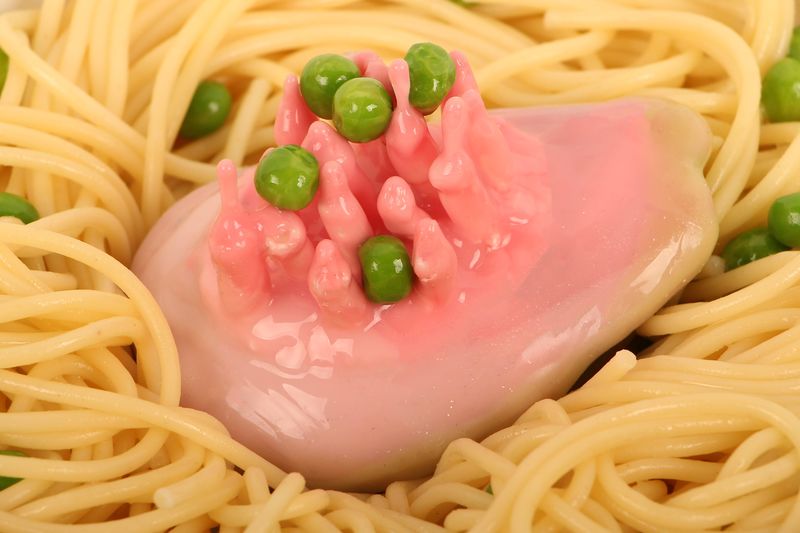 Joey Haar — May 10, 2017 — Lifestyle
References: marijevogelzang.nl & fastcodesign
Share on Facebook Share on Twitter Share on LinkedIn Share on Pinterest
Plenty of people have problems with overeating, so designer Marije Vogelzang came up with a creative -- if slightly unsettling -- method for combatting the issue with her Volumes series. Created for the 'Food Revolution 5.0' exhibition at the Museum fur Kunst und Gewerbe in Hamburg, the series consists of objects made out of stone and covered in heat-resistant silicon that look like a cross between undulating insects and alien organs.

The objects in the Volumes series are intentionally viscerally upsetting, even though that might not be a trait one would like to associate with food. The project relies on manipulating one's sense of sight to reduce overeating. Firstly, the objects' gross composition alone is sure to curb one's appetite. Then, by placing the objects directly in the bowl or on the plate with the food, it takes up volume (hence the name) and tricks people's minds into believing they've consumed more food than was actually in the vessel.
6.7
Score
Popularity
Activity
Freshness
Get Better and Faster