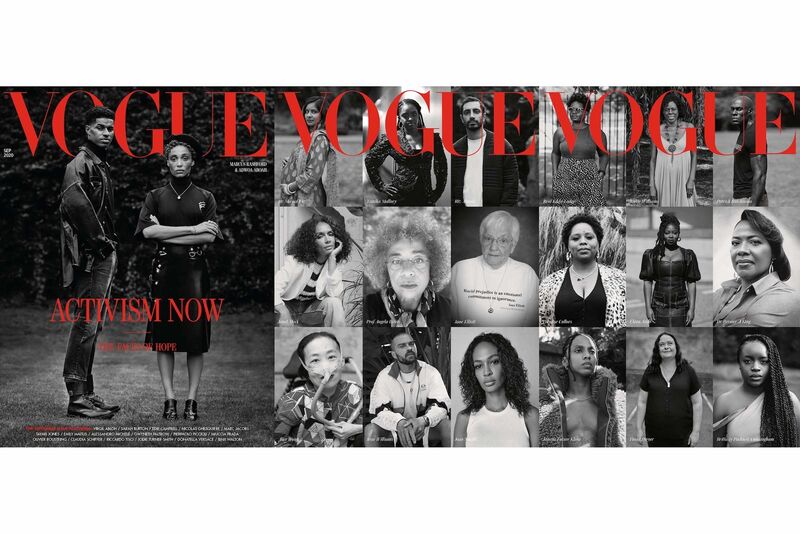 The cover features soccer player Marcus Rashford who sucessfully campaigned against the British government to keep free meals in schools for underprivileged children. Joining Rashford, is model and activist Adwoa Aboah, who has been long recognized for her work with her online mental health-oriented community, Gurls Talk. In adition, this issue represents the first time British Vogue has featured a black man on the cover.