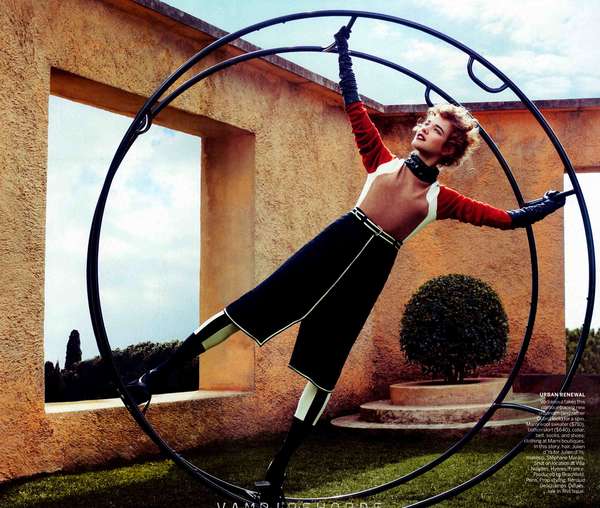 Natalia Vodianova Stars in a Shoot for Vogue US May 2012

Rebecca Byers — April 16, 2012 — Fashion
References: forums.thefashionspot & fashionscansremastered.net
Russian supermodel Natalia Vodianova stars in a fierce Vogue US May 2012 editorial that showcases a mix of utilitarian-chic and the artistic whimsy of the 1920s. Natalia is joined in the 'Modern Times' shoot by actor Michael Fassbender.

The artsy editorial pays homage to 'Metropolis' and the Man Ray film 'The Mysteries of the Chateau of Dice' and plays with styles such as minimalism, Cubism and early modernism.

The Vogue US May 2012 issue features Scarlett Johansson on the cover.
5.6
Score
Popularity
Activity
Freshness