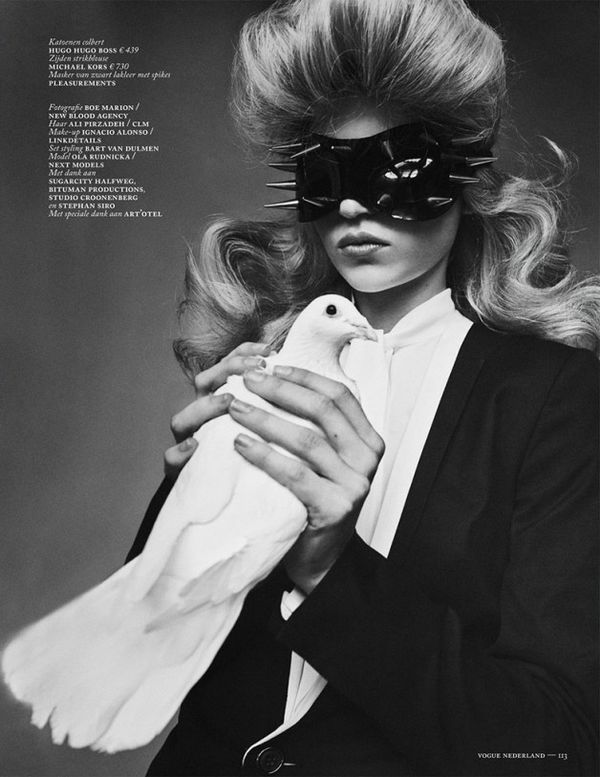 The 'Magic Star' Editorial for Vogue Netherlands April 2014 is Elegant

In more than one shot, Rudnicka holds a dove in her hands, which of course adds to the magician theme behind this series. In another shot she stuffs herself into a small box, which will no doubt make viewers think of the woman being sawed in half trick. In other shots she's strapped to a table, or handcuffed. This editorial plays around with the most popular magic tricks, and blends them with stylish and elegant fashion.

This series revives an old form of entertainment in a fashion forward way.