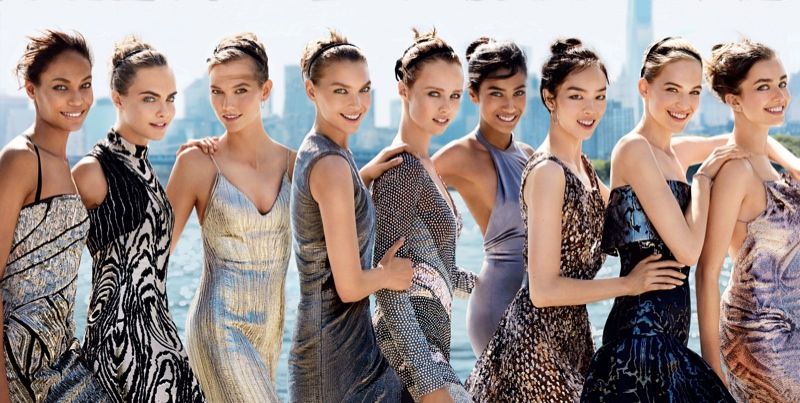 Misel Saban — August 19, 2014 — Fashion
References: vogue & usmagazine
For the September 2014 issue of Vogue, the high-fashion magazine chose to put a cluster of famous runway faces on the cover. The idea is that these top models are making a name for themselves on the catwalks of top designers and on social media as their own personal brands.

Like many Vogue covers that star more than three people, the September issue will feature a fold out cover that readers can flip open to see all the models in one shot. The issue will feature the likes of Cara Delevingne, Karlie Kloss and Joan Smalls on the original cover followed by models Edie Campbell, Imaan Hammam, Fei Fei Sun and several others on the extended cover.
2.5
Score
Popularity
Activity
Freshness