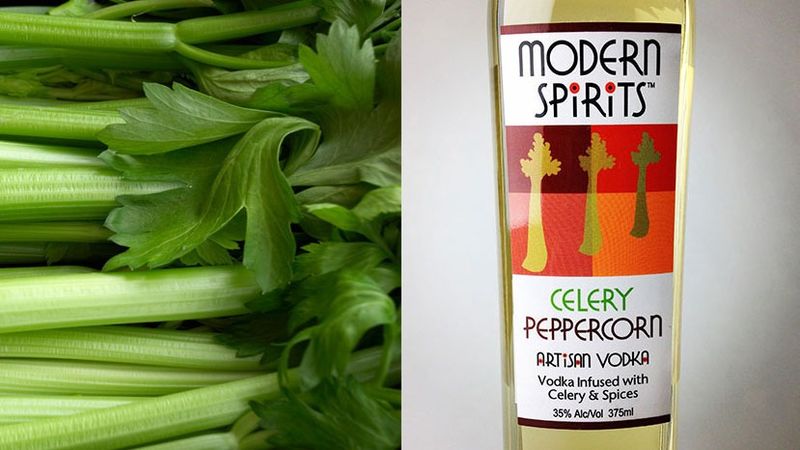 Alyson Wyers — July 14, 2015 — Lifestyle
References: crushwineandspirits & mashable
If you are into flavored alcohol, this unusual vodka flavor is one you might want to try, even if just to say you did. From Modern Spirits, the Celery Peppercorn Artisan Vodka is made in the United States and contains 35% alcohol. The vodka is infused with celery and other spices. This is certainly an interesting choice, especially considering celery has little flavor and much of its composition is just water. It would be interesting to taste how much of the vodka flavor actually comes from the spicy peppercorn.

This is not the first example of a vegetable-flavored spirit. Absolut is known for offering a variety of differently flavored vodkas, including one that tastes like cilantro.