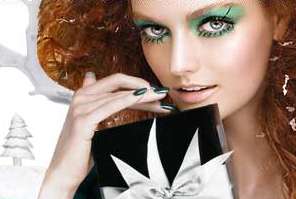 "The first was that its viral campaign provided a stronger rate of return than its banners and other e-marketing efforts. The second: personalization matters. And the third is that a small percentage of its audience was able to recruit a sizeable chunk of the effort's traffic,"
according to Ad Week.

Last year's viral campaign consisted emails posing the question, "Are you an In girl?" The interactive campaign asked female readers to nominate others as "in girls," before gaining access to a "trend spotting" quiz. Each girl also got their own web site to track personal nominations. They also received free samples to evaluate. They started the campaign with existing customers who invited other friends via social networking sites, building brand awareness.

This year, the US company loved for its high-end cosmetics and beauty line, is building on what they learned from the last campaign, informing readers on the "Beauty Insider" rewards program. "It gives customers who spend $100 access to exclusive samples. The program's Web page also gives consumers makeup tips and birthday gifts. Advertising has centered on in-store signage and print catalogs," Ad Week explained.

"Some of the tactics being implemented from the 'In girl' campaign include: the creation of a microsite with social networking capabilities, offers of exclusive products and a popularity contest based on the social stock of users. Lei notes that 'we used what we learned from 'In girl.' ... We can test different content, creative and messaging quickly and cost-effectively through [these] online marketing [efforts]. The results from these tests are then applied to our catalog and other collateral.'"

The pre-holiday season is a popular time to launch viral ads, so expect to see a lot more campaigns emerge in the next month.
5
Score
Popularity
Activity
Freshness
Get Better and Faster