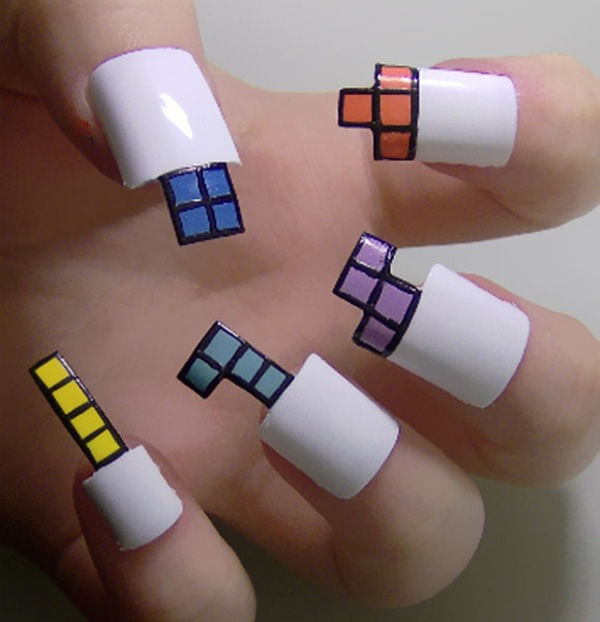 Michael Baxter — February 13, 2014 — Fashion
References: kayleighoc.deviantart & neatorama
Share on Facebook Share on Twitter Share on LinkedIn Share on Pinterest
Looking at stereotypical connotation video game nails wouldn’t be very popular, because, as the stereotype goes, mostly guys are thought to play video games. Considering it’s 2014, we now know that idea is false, and there are many dedicated female gamers and avid fans. While Kayleigh O’Connor may not fall under the gamer tag, she is a skilled nail artist and these video game nails prove it.

Kayleigh O’Connor has made so many wild and insane nail styles, it’s hard to keep up. This nail design represents one of the oldest known games, Tetris, by attaching fake Tetris block pieces to the end. While the nails looks immaculate, it’s hard to imagine how she would be able to fit them all together without some serious hand contortion.
4.1
Score
Popularity
Activity
Freshness
View Innovation Webinars