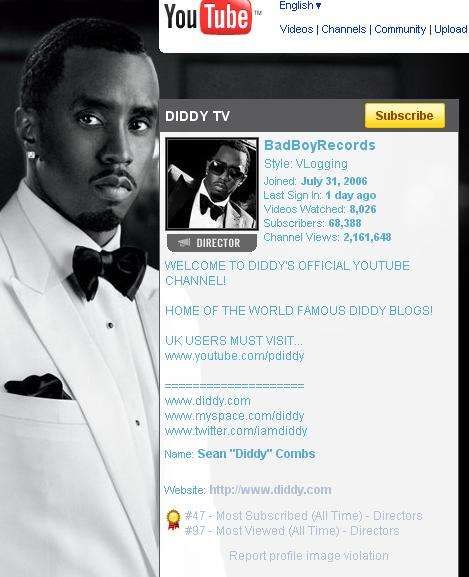 If you’re wondering what "P. Twitty TV" is offering its viewers, at this point the series consists of episodes ranging from 1-3 minutes that broadcast an insight into the daily life of Mr. Combs--as you’d expect, nothing too serious.

What particularly struck me about “P. Twitty TV” was how Mr. Combs encourages engagement with his audience. In his most recent video blog, Episode 6, Mr. Combs wants to know if Popeye’s or KFC is preferred by his fans.

Okay, the topic is quite banal, but to date he’s got over 312 responses on that episode alone, and I’m guessing that one of those fast food outlets is doing well out of the free publicity, and the other is suffering a bit.
2.7
Score
Popularity
Activity
Freshness
Attend Future Festival