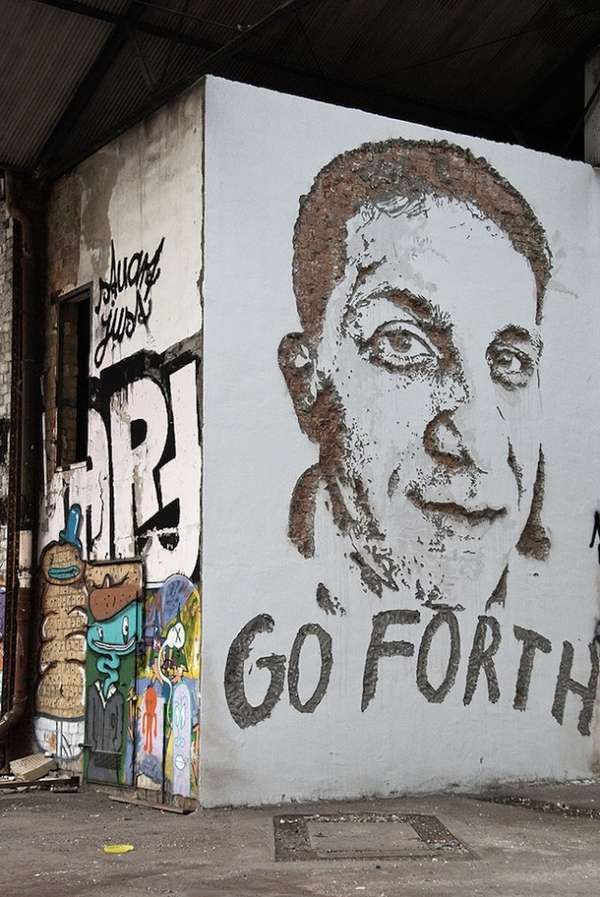 Jordan Sowunmi — June 13, 2011 — Art & Design
References: alexandrefarto & bkrw
Share on Facebook Share on Twitter Share on LinkedIn Share on Pinterest
Alexandre Farto AKA VHILS is a 24-year-old Portugese street artist who has established himself as a much vaunted name in the street art community since his work appeared alongside a picture of street art legend Banksy, at the Cans urban art festival in London three years ago.

VHILS has had his work exhibited all across the world, including London, Italy and New York City.

For his latest work, which appears on the side of a wall in Berlin, Germany, VHILS presumably exhorts a message to the youth of Europe, calling for them to "go forth." Another message reads "Now is our time."

Street art as an underground movement and subculture has always been about subverting the mainstream, and VHILS' latest piece comes at an opportune time following the recent uprisings in Yemen, Egypt and Libya.

VHILS has no exhibitions or shows scheduled in the near future, but do not be surprised if we see his protest-ready art on a wall somewhere in Europe in the near future.
4.2
Score
Popularity
Activity
Freshness
Access Advisory Services