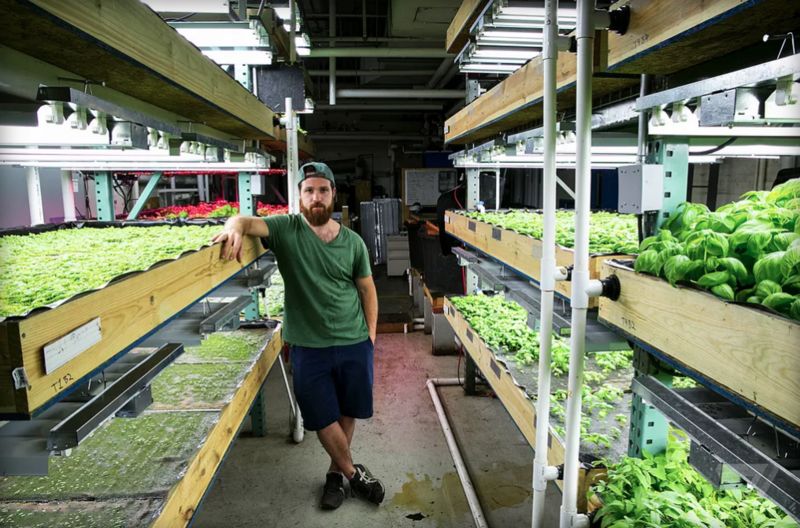 Verticulture Grows Basil in a Way that May be the Future

Meghan Young — June 15, 2016 — Eco
References: indiegogo & theverge
Share on Facebook Share on Twitter Share on LinkedIn Share on Pinterest
Verticulture is one of three aquaponic farms based in Brooklyn, New York. Yet besides having a common goal and city, the three differ quite a bit. Verticulture focuses on growing Genovese and Thai basil -- at least for now -- by using tilapia. Essentially, the poop generated by the fish fertilize the soil in order to produce quality product.

Founded by Miles Crettien, Peter Spartos and Ryan Morningstar, Verticulture is able to produce 30 to 40 pounds of basil weekly that are then sold to local retailers such as Foragers in Chelsea and Dumbo, the Food Coop in Park Slope and The Green Grape in Clinton Hill. Although still in its Beta stage, Verticulture is promising. Crettien says, "I believe strongly in the ecological design. We can build this anywhere. We can build it in the desert. We can build it in Antarctica."
6.9
Score
Popularity
Activity
Freshness
Attend Future Festival