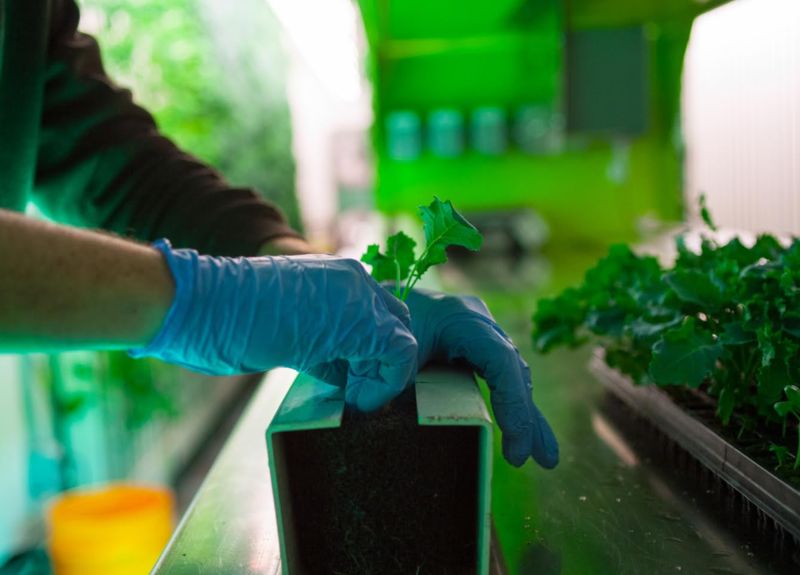 Ellen Smith — September 27, 2018 — Eco
References: modularfarms.co
Share on Facebook Share on Twitter Share on LinkedIn Share on Pinterest
At Modular Farms, the future of food is sustainable, affordable, traceable and found inside of a tech-infused container -- to learn more, Trend Hunter sat down with the CEO of Modular Farms, Eric Amyot to discuss how the innovative indoor farming units can contribute to rewriting the narrative of the global food crisis.

After launching in 2015, Modular Farms has grown into an international solution for locally sourced food. Modular Farms’ units operate in over 20 geographic locations, which span across five countries. With a presence in both rural and urban areas, the company’s ability to grow fresh, locally sourced food regardless of a region’s agricultural restrictions represents a shift in the farming industry. According to Amyot, Modular Farms’ model poses a stark contrast to the current farming structure. Instead of continuing to centralize solutions by building larger infrastructures, Modular Farms “helps the global landscape by decentralizing our food models and allowing greater accessibility and visibility to the food that we eat.”

While the vertical farming containers possess the ability to grow a myriad of fresh crops virtually anywhere in the world, Amyot notes that finding solutions to the global food crisis takes more than a shift in farming technology, it takes the collective effort of communities, and society as a whole. While discussing the topic, Amyot emphasized that “If we don’t engage locally and socially on the food issues we’re having, if we don’t continue to take back our food systems and understand what it means to be fed, then it’s going to be very catastrophic for us.”

This shift, according to Amyot, can begin when people start to understand the value of food, seeing it as a universal binder, as well as a catalyst for personal, social and political change. Amyot believes that as consumers we can make choices that can better society, and a lot of those choices begin with the food we eat. At Modular Farms, making that choice becomes easier, as the units produce fresh food that’s traceable and accessible.

Amyot believes that in the near future “food will be handed back to the people,” and while the future of food is still a heavily debated concern, Modular Farms is working on providing the tools to make that dream a reality.
7.5
Score
Popularity
Activity
Freshness
Get Better and Faster