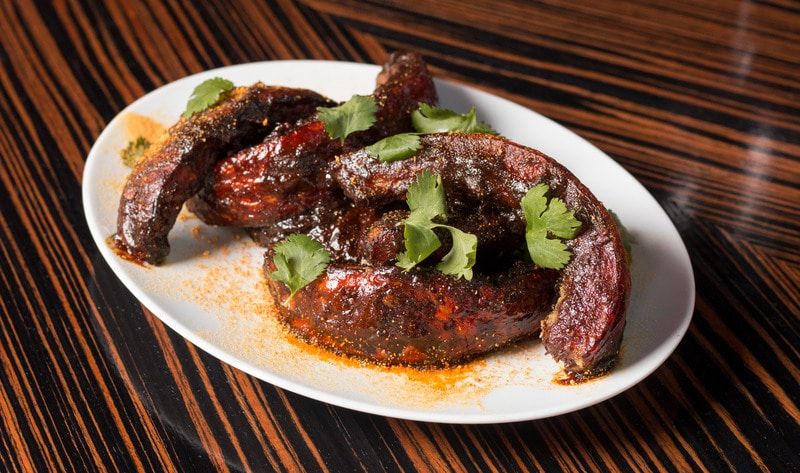 Momofuku's Vegan Ribs are Made with Cured, Smoked & Roasted Pumpkin

The vegan-friendly Pumpkin Ribs are prepared with red kuri squash, also known as Hokkaido pumpkin, in a way that creates a tender, meat-like texture that is said to "[replicate] its animal-based counterpart." Like animal ribs, the Pumpkin Ribs are naturally curved and to complete the look, they are coated in a barbecue sauce prepared with carrot juice that's been amplified with smoked guajillo peppers.

As much as vegetables are often incorporated into plant-based burger patties and other meatless alternatives, the culinary world is embracing other fruits for the creation of everything from smoked watermelon "ham" to cantaloupe burgers.
4.8
Score
Popularity
Activity
Freshness
Attend Future Festival