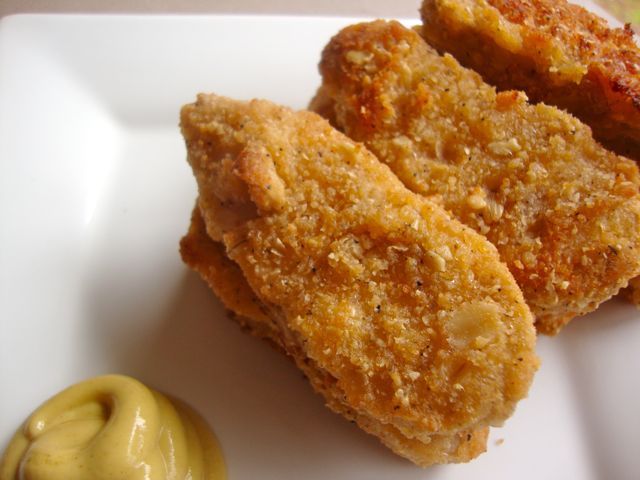 These Vegan Chicken Tenders by Gardein Are Completely Meat-Free

Laura McQuarrie — November 19, 2014 — Lifestyle
References: gardein & brownvegan
Share on Facebook Share on Twitter Share on LinkedIn Share on Pinterest
There are a lot of options for vegan chicken on the market, but some of the tastiest cruelty-free imitations of meat you'll find come from Gardein. Rather than chicken, Gardein's Seven Grain Crispy Tenders are made from 'Chick'n,' which is a 100% vegan, dairy-free, non-GMO meat alternative that also happens to be loaded with good-for-you vitamins and minerals.

The breaded coating on the Chick'n is made with a variety of flours, including wheat, rice, millet, amaranth, qunioa and kamut—so you can start to see where those seven ancient grains come in. A few of these grains are also worked into the Chick'n itself, which helps to make a texture that's surprisingly meat-like in consistency. Although getting enough B12 is often a concern for vegans and vegetarians, two Crispy Tenders contain 30% of your daily requirements.
1.9
Score
Popularity
Activity
Freshness
Jeremy Gutsche Keynote Speaker