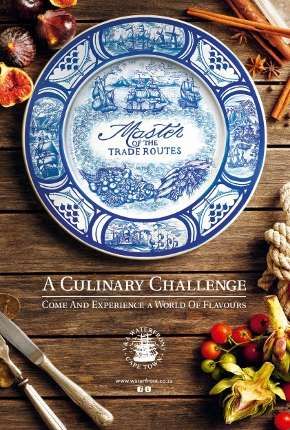 Emma King — June 18, 2012 — World
References: waterfront.co.za & thejupiterdrawingroom
Share on Facebook Share on Twitter Share on LinkedIn Share on Pinterest
The V&A Waterfront in Cape Town, South Africa, was originally formed when the city was first founded as a colony to provide food for travellers on the spice trade route, over 350 years ago -- this is reflected in the 'Master of the Trade Routes' campaign. The city’s current fusion cuisine has developed over these years, being influenced by the myriad of cultures that have settled there over the years -- from the Dutch, French, British and German settlers and traders, to the Malay and Indian slaves and workers, and of course, the original Khoi-San and Xhosa habitants of the country.

The V&A Waterfront now sits as a working harbor where the original trading post sat and features shops, restaurants, hotels and other entertainment sitting among the boats and sea edge.

To promote their offering during the quiet winter season. the V&A Waterfront launched their Master of the Trade Routes campaign, developed by creative agency The Jupiter Drawing Room. Participating restaurants have each created a signature dish which they feel represents the Cape’s unique cuisine, which celebrity chefs and the public will vote on to find the best.
2.7
Score
Popularity
Activity
Freshness
Attend Future Festival