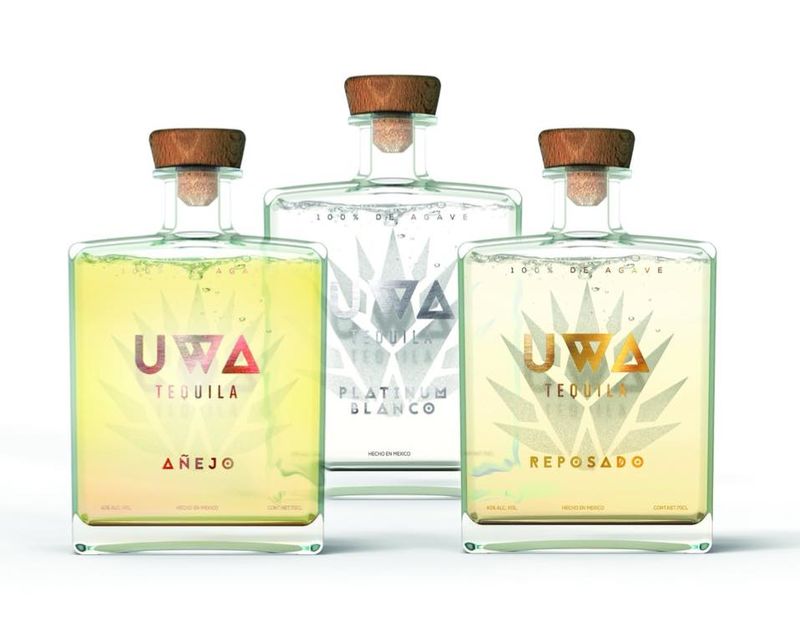 Justin Lam — April 19, 2018 — Lifestyle
References: uwatequila & drinkhacker
Share on Facebook Share on Twitter Share on LinkedIn Share on Pinterest
Tequila is generally known to be a Mexican spirit, but UWA tequila is looking to change that idea as it touts itself as "The Scottish Tequila Company.” The creation of this unique distillery was done to blend elements from both regions and create "a blend of both tequila and whiskey in a single drink." To accomplish this, UWA tequila is aged in Scotch whiskey casks, instead of traditional American bourbon casks. The tequila itself is 100% Lowlands blue agave, triple distilled and aged to the rules of tequila.

UWA tequila is currently available in three expressions, all of which feature different levels of aging. The Blanco is the purest and most natural form of the spirit and is generally the sweetest, as well as being accompanied by notes of mango, orange and lemon. The reposado is aged for seven months which allows the flavors to develop into notes of sweet honey, vanilla and a subtle oaky finish. The final expression, añejo, is aged for 14 months and features incredibly developed flavors that are akin to a single-malt Scotch or fine wine.
1.9
Score
Popularity
Activity
Freshness
Access Advisory Services