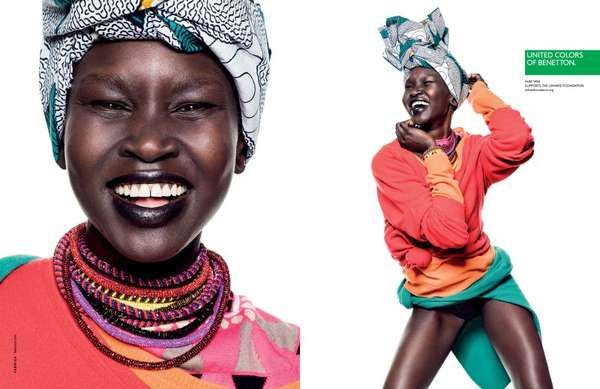 The United Colors of Benetton Spring 2013 Campaign is Very Colorful

Meghan Young — January 25, 2013 — Fashion
References: benetton & fashiongonerogue
Share on Facebook Share on Twitter Share on LinkedIn Share on Pinterest
The United Colors of Benetton Spring 2013 ad campaign is full of color, which is appropriate for the upcoming season. Bright and happy, the images are just what those residing in the Northern Hemisphere need to see. The world may seem dark and dreary, but before they know it the stores will be chock full of vibrant options that will cheer up any wardrobe.