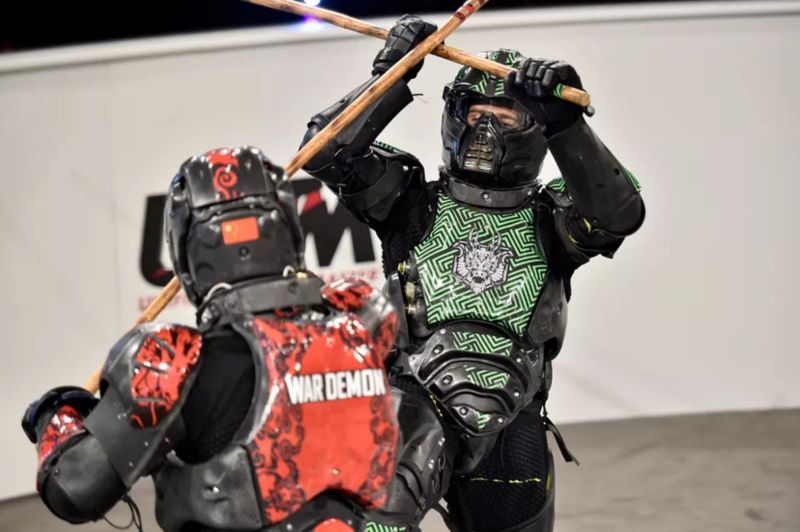 Rahul Kalvapalle — April 7, 2016 — Tech
References: uwm & gizmag
Share on Facebook Share on Twitter Share on LinkedIn Share on Pinterest
Unified Weapons Master is an exceptionally innovative new sport and combat game that involves martial artists fighting each other with a number of different weapons, while wearing special protective armor the whole time -- armor that both protects them as well as keeps score.

The Unified Weapons Master production has already set up underground events in New Zealand, with martial artists drawn from such versatile and varied backgrounds such as Japanese kenjutsu, Chinese Kung Fu and mixed weapons arts, with the included weapons including the long sword, long staff, bokken and Kali sticks.

Ultimately, this particular combat game makes for an exceptionally engaging, fun and immersive way for martial arts practitioners to go at each other with all their weaponry whilst still remaining protected from any kind of damage.