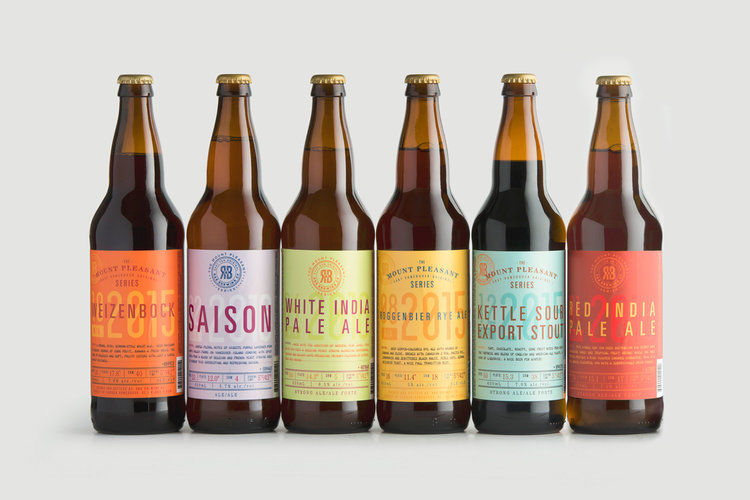 These Beers Were Made with a Diverse Range of Flavors

Mishal Omar — September 6, 2016 — Lifestyle
References: resonanceco & thedieline
These unconventional beers have branding that is as interesting as the ingredients the brews themselves are made from.

The 'Mt. Pleasant Series,' is a range of limited edition beers that were created in a Vancouver-based brewery. With everything from IPAs to stouts -- coupled with unusual ingredients such as chocolate, florals, lavender, pears and bananas -- the beers are certainly not lacking in variety. The Mt. Pleasant Series is also branded in an interesting way, with each individual brew having its own color as well as somewhat haphazard labeling that makes the ingredients and name of the beer quite apparent.

These unconventional beers are likely to capture the attention of connoisseurs and beginners to craft beer alike.
3.1
Score
Popularity
Activity
Freshness